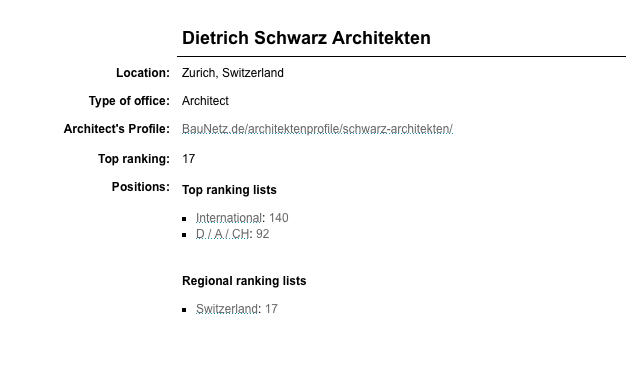 A New Year and a New Ranking

On the brink of the new year German architectural online magazine Baunetz released their latest ranking of the leading architectural offices for 2014; both national and international firms are listed. The list is based on a ranking measured in November and December of 2014. Dietrich Schwarz Architekten is now ranked as no. 17 in Switzerland compared to last years ranking as no. 36. In the DACH region (Germany, Austria and Switzerland) the ranking has soared from no. 339 in 2013 to no. 92 in 2014. “Internationally we are now ranked as no. 140 and there are many new and exciting projects in the pipeline, so I have a solid and positive outlook on 2015”, says Dietrich Schwarz