Café and restaurant on the ground level, residential

Three dominant features of the site to determine the design: the dense pattern of the town, which is concluded by the proposed project; the location on the oval bay with promenade; the view to the Glarus Alps and the nearby stone of the Kapfenberg. In this unique characteristics of the genius loci, we respond with an expressive residential building and a low building for restaurant.

The building typology is a balance between a hotel, a hospice building or a detached villa from the early 1900. The new building strengthens the ensemble of buildings on the waterfront and makes a reference to Villa Mariasee at the other end of the bay. Its gables give the house a distinctive, extroverted silhouette, in the articulation of architectural elements it speaks a calm language: The architectural vocabulary of scale and proportion is traditional.

The tall house and the low building, with café, bakery and a restaurant has two faces. The face towards the city is characterized by small forecourts and gardens. It proceeds from the address-forming main road and mediate between the new building and the city. Large windows open towards the lake, the promenade and the garden with playground. A large terrace invites to linger in the restaurant.

The plot of the future café towards the lake is located midway between the two – on alluvial fans, the resultant of dewatered streams of Churfirsten Massif – historical settlements of Weesen (Widen) and Hof (Oberweesen). The site is limited by the main road in its historic context in the north and the gently sloping terrain towards the lake. In the south adjoins the lake level that was lowered by draining the territory with the Linth correction in 1900 for the first time and was remodeled in the 1940s by Gustav Ammann.

In addition to the valuable chestnut trees of the promenade and the relaxed groups of park trees the shore zone is characterized by interspersed individual villas – notably Villa Kurfirst and Villa Mariasee.

Our interventions are established by this idea: a villa in the park, a café near the lake. We intensify the connection between village and street, between park and lake by creating new short cuts paths and views through the area. The new playground will take up to the theme of fishing with “flotsam objects” remaining in the park. 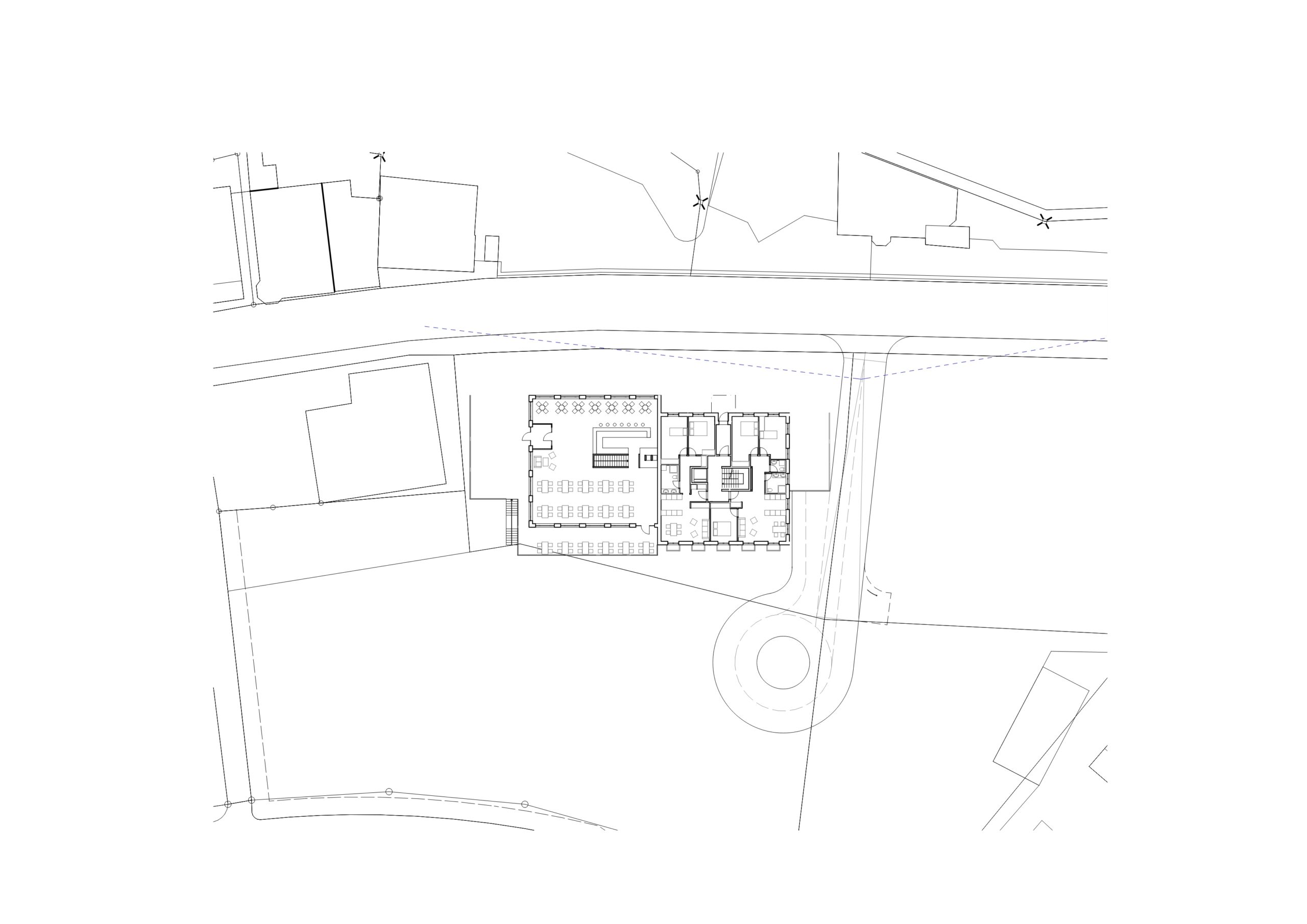 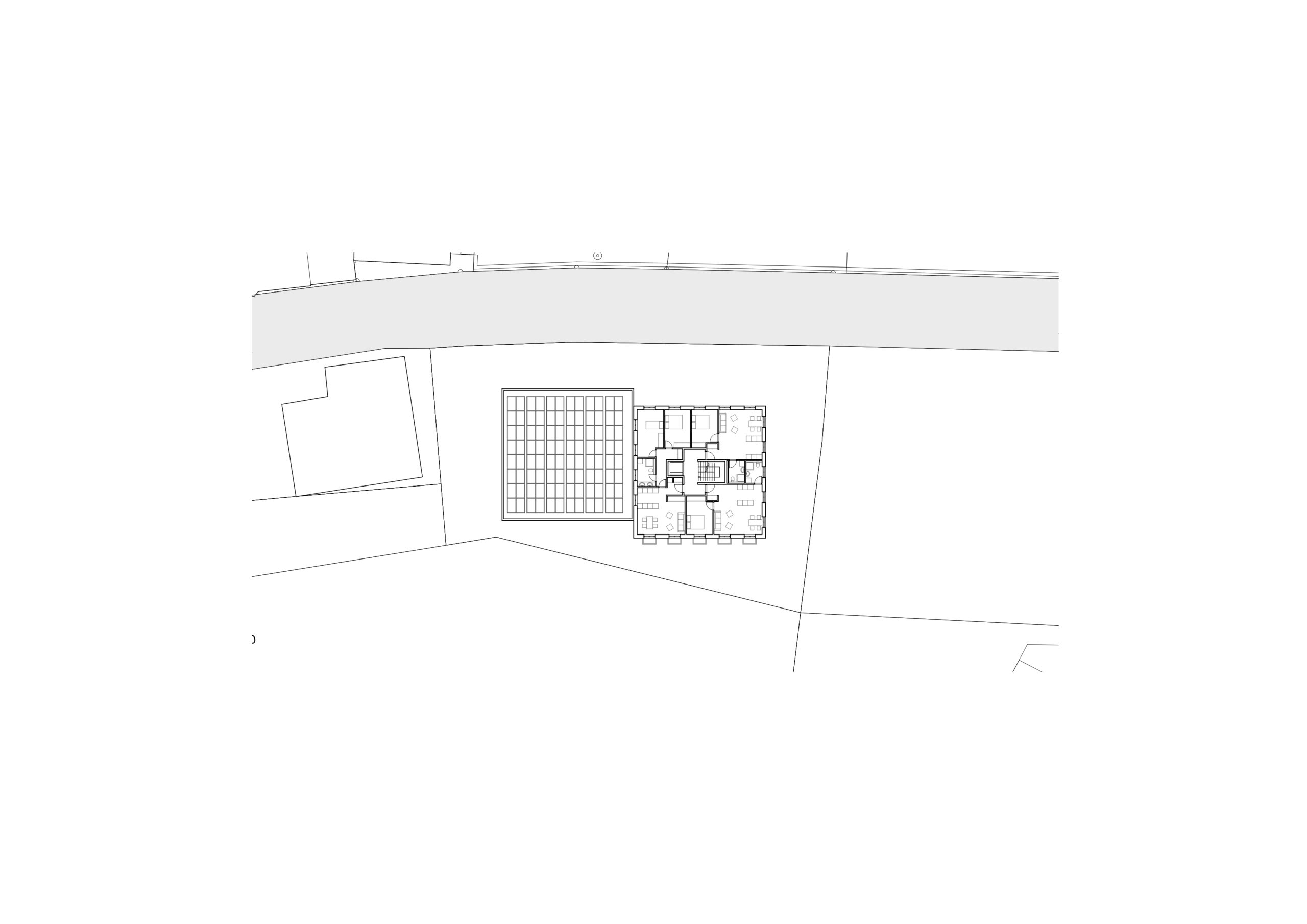 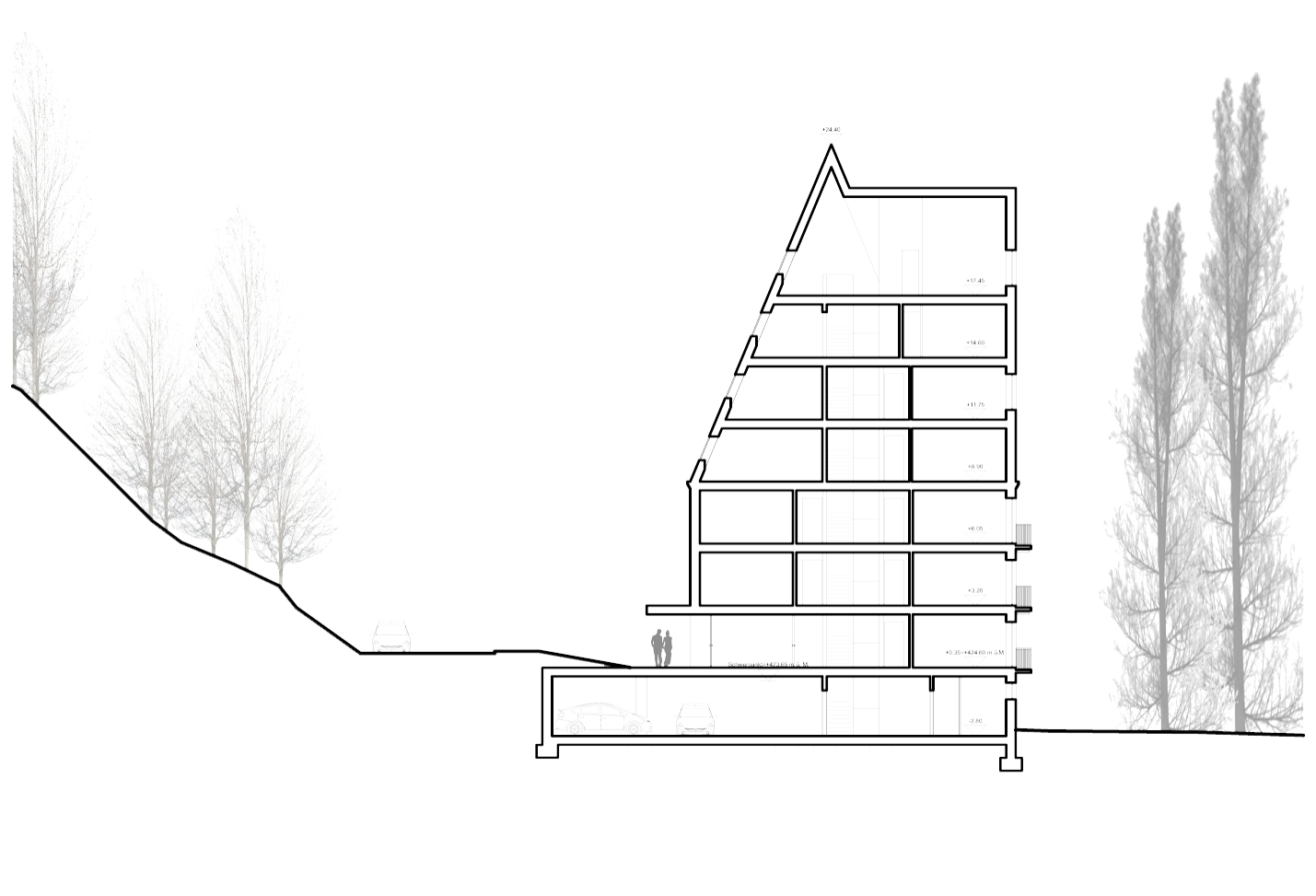